Mixing and sedimentation in tanks

The problems related to the particle deposition in the tank of a gas desulfurization plant motivated this project, whose objective was to evaluate the mixing and stirring in the tank and the distribution of the injected air as possible causes for the problems found during the plant operation.

The geometrical representation of the tank is complex, mainly due to the air injectors, both fixed and rotatory, which provide stirring to the tank. The geometry was depicted with high detail, including over 300 air inlets to the tank.

The CFD model development for the simulation of the tank operation was complex, as it involves a multiphase simulation (slurry, non-dissolved particles and air) and moving parts (rotatory injectors).

Once the results of the simulation (mixing and stirring in the tank, air distribution, particle deposition histograms) were analyzed, it was determined that the potential causes studied (stirring and air distribution) were not the main sources of the sedimentation problems. 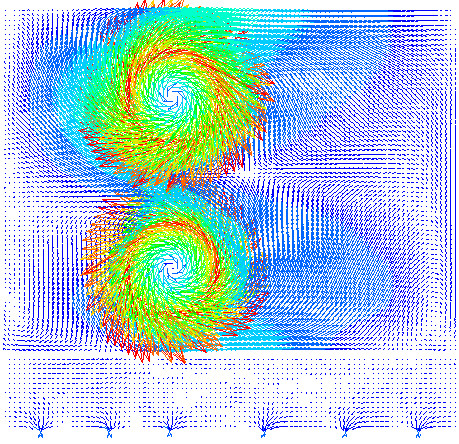 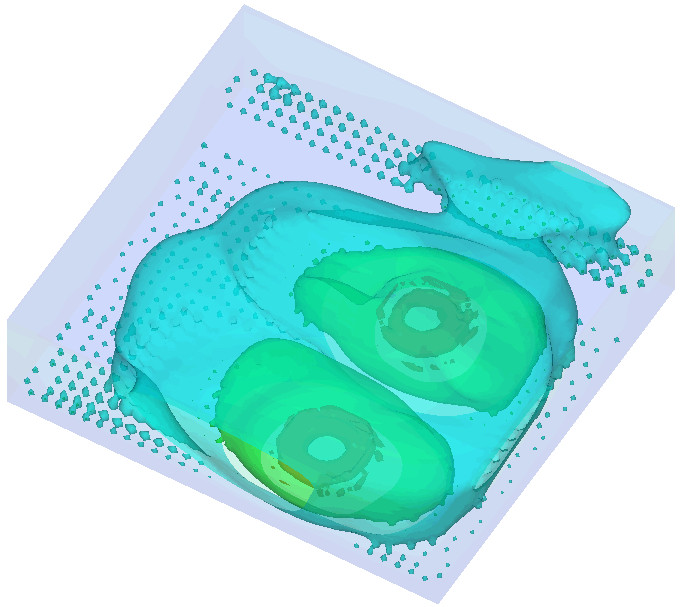 Thanks to this project, the plant operator discarded these potential causes as the origin of the problem and studied other possible options, finally finding the main reason of the existing sedimentation problems. Nevertheless, the CFD model was also used to study the effect of installing auxiliary stirring mechanisms in particular areas of the tank to improve the mixing in the tank. This is another example of fluid simulation helping to evaluate possible causes of existing problems in a piece of equipment.