The aim of this project was to reduce the pressure losses in the flue gas ducts of a thermal power station, by means of redesigning some existing baffles. The duct path, as usual in this sort of facilities, is intrincate and comprises a fan, baffles and dampers, besides going through a heat exchanger and a desulfurisation system. Moreover, it can operate with different loads. 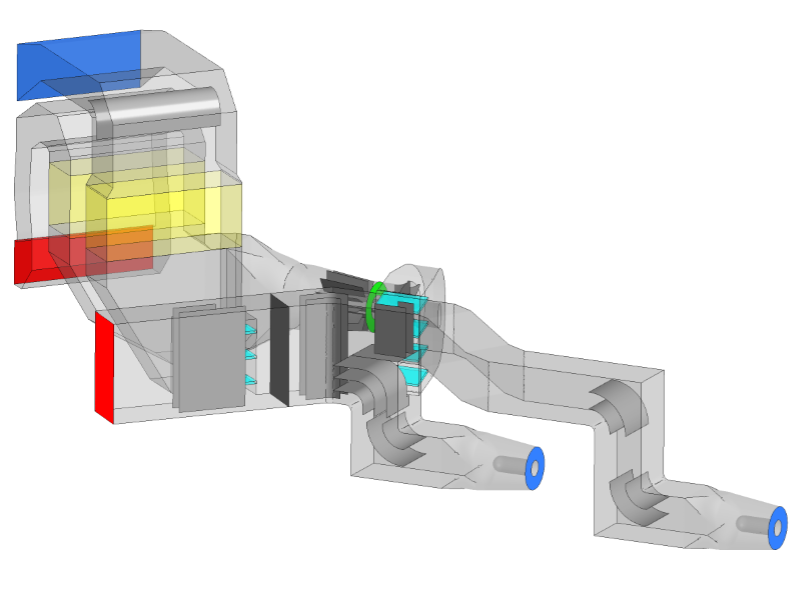 The first phase of the project consisted in the development of a CFD model, with the highest geometric detail possible, and implementing custom models to represent the effect of the fan and other equipment in the path of the ducts. The results of this model were satisfactorily validated with the experimental measurements available at the plant, for several modes of operation. 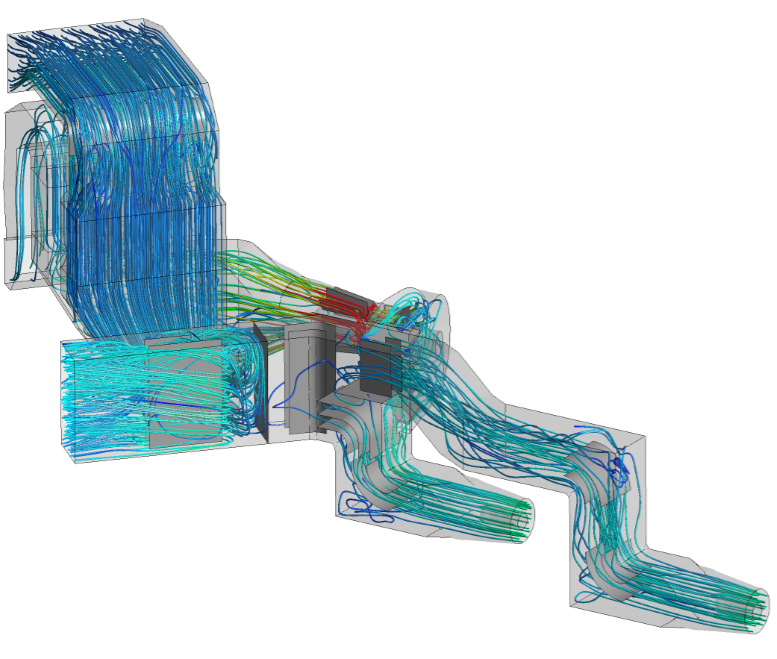 Once the CFD model was validated, the origin of the pressure losses was analyzed for all the duct sections and a number of modifications were virtually tested, such as changes on the curvature, adding new ones or removing some of them. Among the tests (over 50), those providing a higher reduction of the pressure losses and implying lower costs were chosen. Just implementing three simple actions, the CFD model assessed a pressure loss reduction around 25% compared to the original configuration.

The staff at the plant finally decided to implement the actions recommended after the CFD study and verified that the results predicted matched the new experimental measurements. The optimization of the baffles has entailed significant savings, both in energy and costs, allowing for the possibility of installing new equipment along the flue gases duct system (which introduce new pressure losses) without the need of changing the existing fans.