Particle separation in a cyclone

The aim of this project was to define the operation of a cyclone, which purpose is to separate particles dragged by an air flow, as a function of their diameter; thus, big ones go downwards while finer ones go mainly upwards.

The cyclone studied can operate under different modes, depending on the process load, the position of the dampers up- and downstream the cyclone, or the position of the lower structure, which may be moved. The purpose of the project was to provide the plant operator with a spreadsheet capable of obtaining the air and particles mass flow rate by each exit of the equipment, as well as the particles granulometric distribution (Rosin-Rammler), as a function of the facility operation conditions.

In order to achieve the objective, a multiphase CFD model (air-solid particles) was developed, then simulating the necessary operation modes to synthesize the results in a spreadsheet that may consider any possible operation mode of the cyclone. The figures next show the air flow pathlines and the particles trajectories. 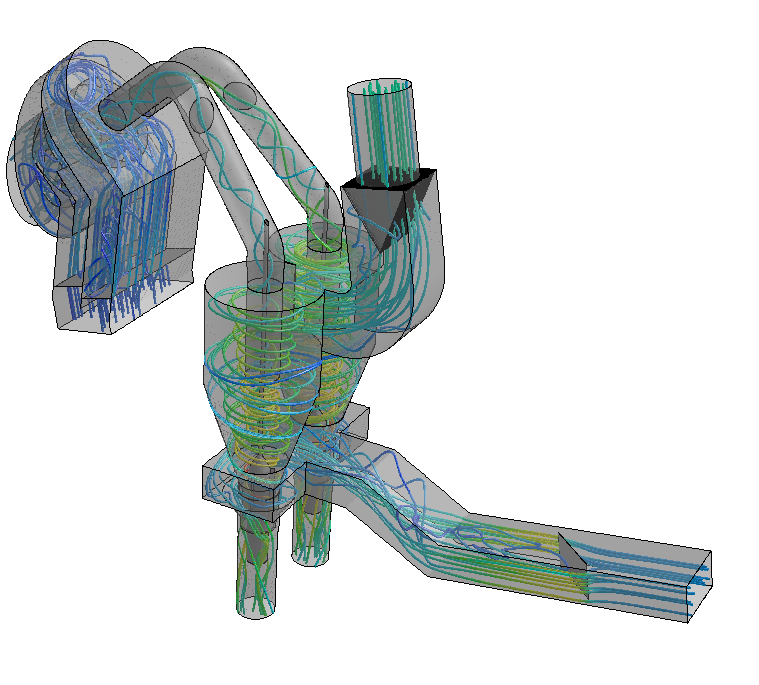 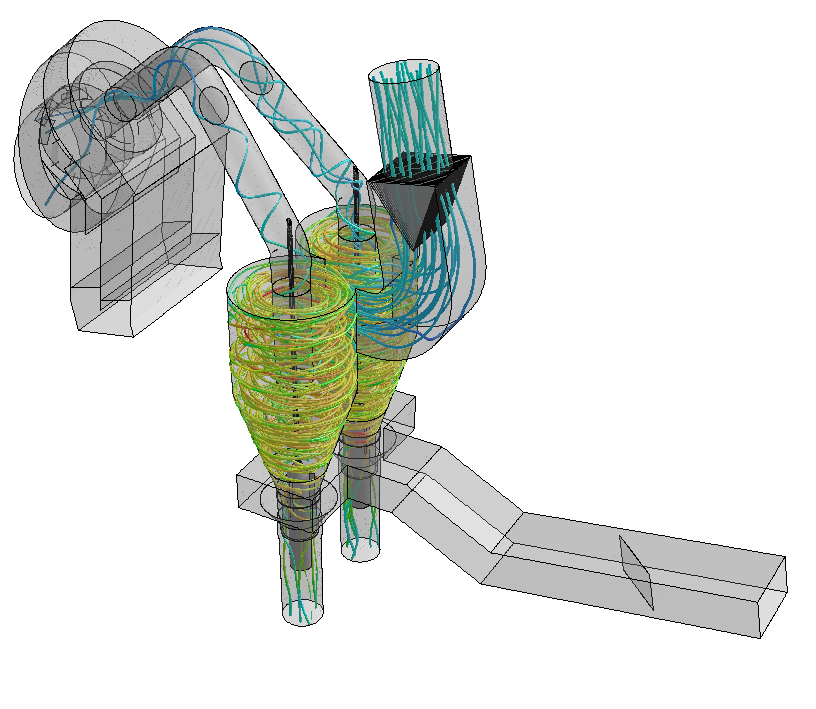 The final result of the project allowed the operator a better control of the plant operation, by means of a proper configuration of the cyclone depending on the facility requirements.