Particle separation in a mill

In this project, the client wanted to modify the design of a rolling wheel in a coal mill to increase the air suction, besides optimizing the position of some moving baffles in the particle classifier in order to capture/recirculate finer particles, thus decreasing the mean diameter of the coal particles entering the boiler, which in turn improves combustion and lowers the pollutant formation.

As the modification in the design of the rolling wheel affected the particle classifier, a joint simulation was run for the coal feeding system, the mill wheel and the coal classifier. This implied a complex CFD model, which included advanced turbulence modeling, moving elements and multiphase flow. 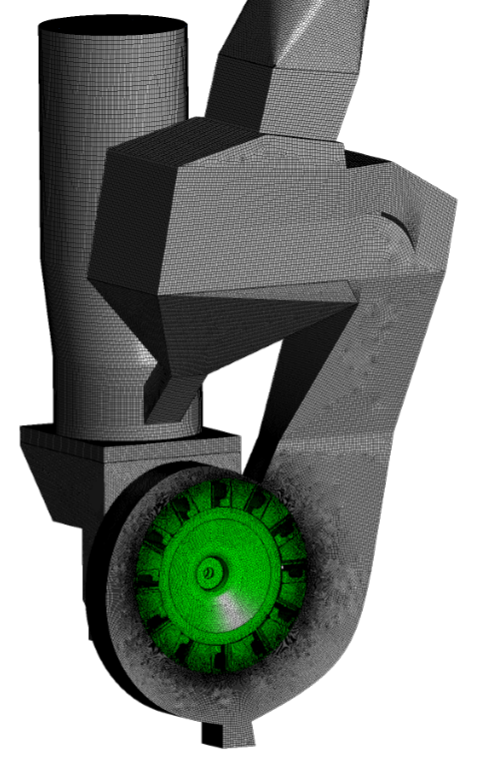 The results obtained with the simulations were very useful to evaluate several changes regarding the mill wheel and to optimize the position of the baffles in the classifier. Thus, the designs with the best performance according to the CFD model were implemented in the coal feeding system. 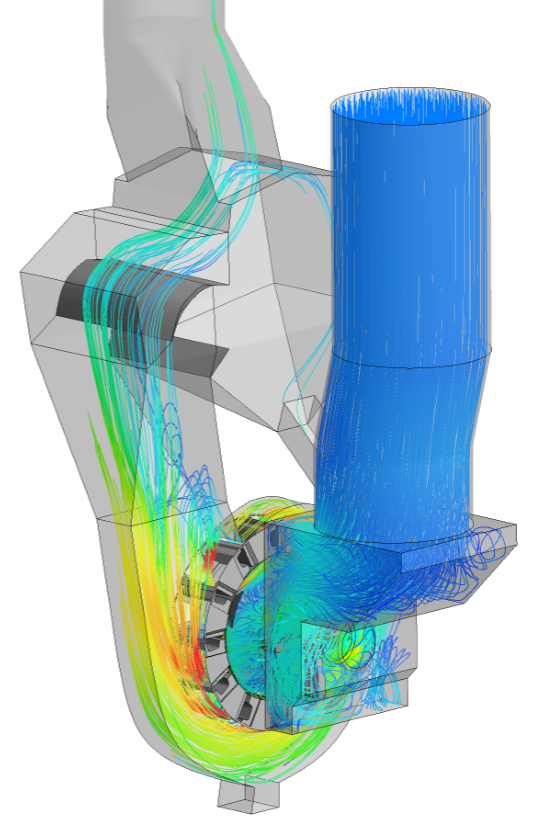 Thanks to minor modifications, an increase of 10% of the air flow rate suctioned by the mill wheel was predicted, as well as an improvement of the classifier operation. The experimental data taken after the implementation of the changes confirmed the results obtained with the CFD model.